Aus, Namibia – Living on the edge 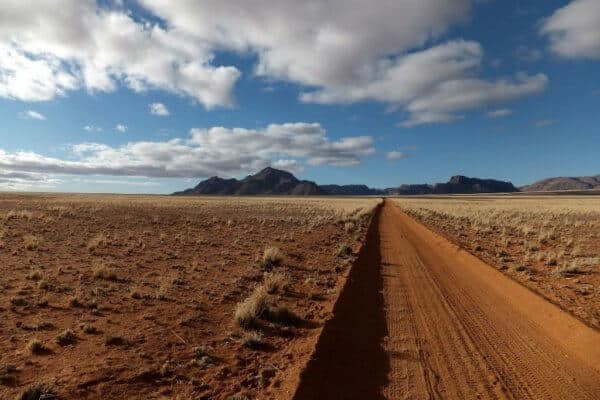 If it wasn’t for the wild herds, Aus could be described as the original one-horse town. This small village is located on the B4 national road and is a popular pit-stop for tourists en route to their accommodation in Windhoek or other major centres. It is ideally located as a scenic and tranquil base for discovering Namibia’s southern interior.

Luderitz is just 125km West of Aus and is a must-visit destination while in Namibia. Unique buildings, the crayfish festival, exhilarating adventure activities, and the nearby ghost town of Kolmanskop are some of Luderitz’s claims to fame. Keetmanshoop, with its forest of quiver trees, lies just to the east of Aus and the Orange River lies to the south. You can also journey to the nearby Fish River Canyon for a day hike into this scenic wonderland.

The most unique feature of Aus is the resident wild horses, most likely descended from South African and Namibian horses which threw off the bonds of domestication during World War I. These unique animals are capable of going without water for up to five days, and seem willing and able to survive the harsh conditions on the edge of the Namib Desert, alongside the ostriches and oryx which are endemic to this area, with no ill effects. A hide has been erected at Garub Pan so that tourists can view these amazing creatures at their favourite watering hole.

During the war, Aus was set up as a prisoner of war camp for German soldiers captured by the South African troops, but these buildings were torn down after the treaty of Versailles in 1919. All that remains as a reminder of this is a plaque at the site of the original camp and some of the houses which have been reconstructed.

There are a few accommodation options available in this charming little town including luxurious lodges, rustic chalets, family-oriented inns, private camps, and camping facilities. All of these are perfectly located for exploring all that Aus has to offer – quick access to the surrounding sights, great hiking and climbing opportunities, and the famous wild horses.