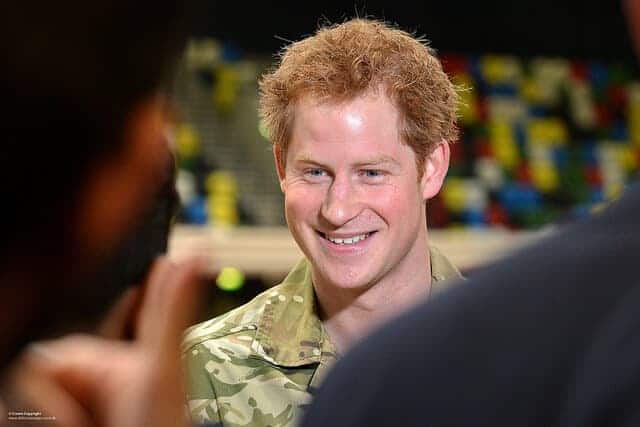 What does a young man who has just retired from a ten-year stint in the army do when he can pretty much choose anything at all?  Well, if you are Prince Henry of Wales, better known as Prince Harry, you head straight to Africa for three months on a voluntary conservation stint.  Barely allowing time for the champagne to settle after his military farewell, the royal has already arrived for the first leg of his three-month visit to Africa, which will incorporate Tanzania, Botswana, Namibia and South Africa.

Much like his brother, the Duke of Cambridge, Prince Harry is passionate about African wildlife conservation and is looking forward to spending time on the ground with conservationists, fighting to protect the black rhino in these countries.

In consultation with the Zoological Society of London and conservation experts from leading organisations, Prince Harry has set up a detailed plan of action for his African engagements.  He is interested to learn first-hand of the challenges faced by the champions of conservation on the continent, with particular emphasis on the importance of education as a way forward.

The official statement from the Royal Family is that he will be embarking on a working holiday to support both the wildlife and local communities during his visit, but according to Harry; “That’s like my dream.”

While in Namibia, the prince, will be shadowing top veterinarian, Dr Pete Morkel, in his daily fight to conserve the black rhino. Dr Morkel is the former head of the Namibian Game Capture Unit and is considered the authority on rhinos in Southern Africa. Morkel is well known for his expertise in capturing and relocating animals in a humane fashion, particularly by helicopter, and for his anti-poaching strategies.

Palace spokesmen have iterated that the prince will receive no preferential treatment and will work the same hours and share the same accommodation as his colleagues.

As a well-known public figure, Harry is also keen to become a spokesperson for the black rhino and hopes to convince everyone who will listen that poaching is simply not worth it.

Although Prince Harry is just one of the many thousands speaking and acting out against poaching, but if you happen to be a rhino, it can only help having a royal in your corner.