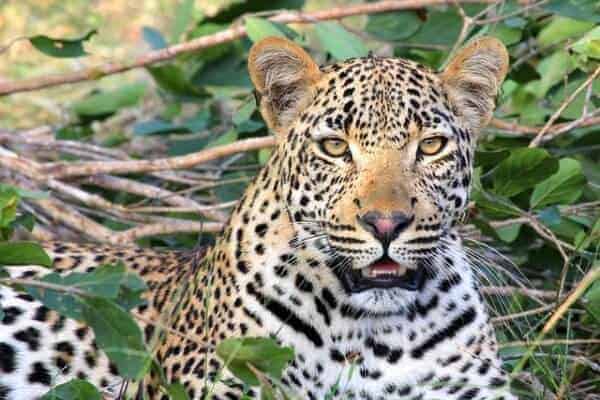 There’s more to leopard print than 80’s fashion gear and traditional outfits.  This particular blend of spots and dashes, officially known as rosettes, are extremely effective at ensuring that the leopard remains one Africa’s most sought-after, yet least often seen, member of the Big Five.

Add to that the secretive nocturnal habits and shy nature of this powerful creature and you have a recipe for elusiveness that makes spotting one of them in the wild a rare privilege indeed.

Although their numbers have declined since the heyday of wildlife in Africa, thanks to the efforts of conservationists in Namibia, our leopard population is still thriving today.

You may be lucky enough to spot one of these graceful creatures on safari to a number of game reserves in Namibia, and they are still very much present in the wild too.

If you would like to get a closer view though, you can visit the AfriCat Foundation, which is found on the way to Etosha National Park from the capital city.

These are some of the interesting things you could discover here:

If you are staying in Windhoek accommodation during your holiday, the two-hour drive to this predator rehabilitation centre is well worth it to view some of these big cats, along with wild dogs, cheetahs and hyenas.

Visit us in Namibia to discover the wealth of wildlife that has benefitted from our world-famous culture of conservation.