The Miraculous Welwitschia Mirabilis in Namibia 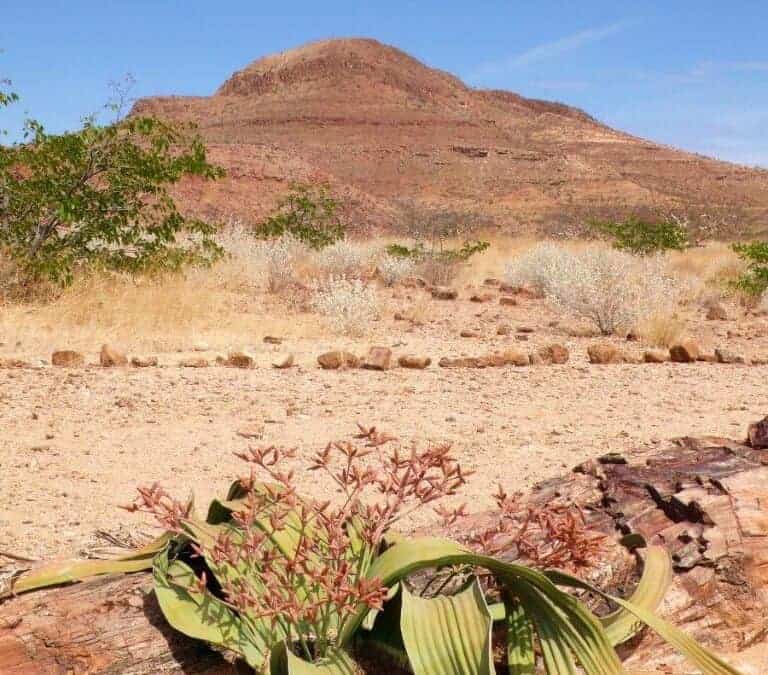 One of Namibia’s most famous plants was discovered by an Austrian botanist on Angolan soil in 1860. Freidrich Welwitsch started out his working life as a theatre critic until taking up a post as a plant collector in Angola on behalf of Portugal. Along with the amazing Welwitschia plant, Welwitsch accumulated 5 000 other plants, many of which were completely new to science.

Dr. Friedrich Welwitsch is buried in Kensal Green Cemetery in London and his tombstone bears an engraving of Welwitschia Mirabilis. Not far away lies the Royal Botanical Gardens where he worked until his death in 1872.

One of the Ugliest

Upon being presented with a specimen of Welwitschia in 1862, the Regius Keeper of the Royal Botanical Gardens exclaimed, ‘’It is out of the question the most wonderful plant ever brought to this country, and one of the ugliest.’

This is a common response when first laying eyes on this unusual plant, along with expressions of ‘bizarre’, ‘otherworldly’ and ‘weird’, but these terms do not do much to describe the plant in any detail.

The plant has a short, unbranched, woody stem bearing only two strap like leaves that continue to grow throughout its lifetime, which can last a considerable while. If the plant is healthy, the average Welwitschia can be expected to survive for an average of 500 years, but some specimens are believed to be over 1 500 years old.

These broad, flat leaves are evergreen and grow at about a rate of 15cm a year, twisting and fraying over time. The longest unbroken leaf measured 6m long, of which about half was living tissue. These broad surfaced leaves serve to keep the soil under the plant cool and moist, allowing it to survive in the extreme temperatures of the Namib Desert – the only place in which it occurs in nature.

The leaves seem impervious to wind and thus help in wind erosion as they lie flat on the surface and prevent the soil from being blown away. Their flat surface, with stomata on both sides, is also useful for collecting moisture from the morning fog which drips directly into the stomata of the plant and the soil in the immediate area, helping to keep the plant hydrated. Interestingly the stomata close during the heat of the day to prevent evaporation.

As the plant matures, the stem broadens to a concave disc which can grow up to a metre in diameter and has small branch systems bearing seed cones and pollen. The small, oblong cones of the male plant have a salmon-hue while the larger more tapering female cones are a bluish-green.

Both plants bear nectar and pollination is by insects. It was once believed that a bug which lives on the plant, known as the Welwitschia bug, was responsible for this, but it seems they are only in it for the sap of the plant, which they suck up, and wasps are more likely to be the pollinators.

Only one seed is borne, which has papery wings equipped for flight, and takes to the air in spring when the female cone disintegrates. Many of these seeds are eaten by small desert animals or succumb to fungal infection but those that do survive are viable for several years and germinate under the right conditions.

Antelope and rhino feed on the juicy leaves and other soft parts of the Welwitschia during times of drought, but the Welwitschia simply regenerates after this indignity and bears no ill effect from it.

If you would like to see this alien-looking plant in the wild, head for the moon landscapes around the Kuiseb River in central Namibia, about three hours’ drive from Windhoek, where they grow in isolated clusters close to the ocean.