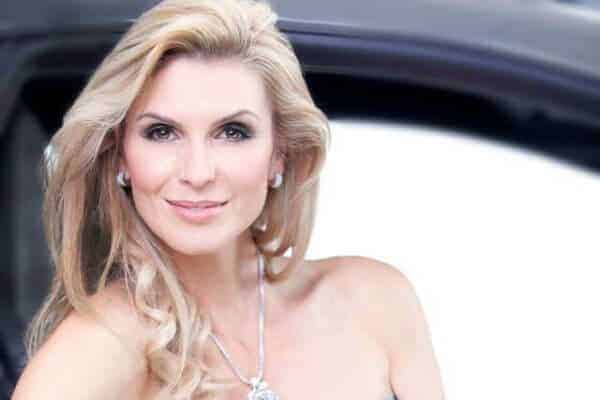 Michelle McLean is a former Miss Namibia and Miss Universe, born on 31 July 1972 in Windhoek, Namibia.

One of Namibia’s most notable daughters, Michelle is famous not just for her stunning good looks, but her outstanding charity work – which has continued long after the fanfare of the pageant died down.

Over the years, the Michelle McLean Trust has organised hundreds of charity initiatives, and raised over millions of dollars for various good causes.  She has even worked with Hollywood’s favourite philanthropists, Brad Pitt and Angelina Jolie.

Michelle’s rise to glory began at just 13 years of age when she started entering beauty pageants.  Later, she moved to South Africa in order to complete Gr 11 and 12 in one year, so that she would be able to enter, and eventually win, the Miss Namibia pageant in 1991.  This achievement gave her entry into the Miss World and Miss Universe pageants of the following year.

She finished in the top five of the Miss World competition, after a tie with Miss South Africa in second place behind the eventual winner, Ninibeth Leal from Venezuela, in the preliminaries.

Inspired by her success, Michelle went into the Miss Universe pageant, held in Bangkok later that year, with renewed determination. Her undeniable charms and obviously genuine interest in child welfare, saw her surge ahead of Caroline Izak, again of Venezuela, in the final round, to seize the crown at this auspicious event and become Namibia’s first Miss Universe.

Michelle then went on to deliver on her pageant promises, setting up the Michelle Mclean Children’s Trust in Namibia, which she continues to support.  She is also the patron of the Michelle Mclean Primary School which is responsible for educating 960 Namibian schoolchildren.

Her accomplishments include hosting ‘Opera at the Pyramids’, two “M-net Face of Africa’ pageants and two Loeries advertising awards ceremonies. She is one of South Africa’s most successful voice-over artists, director of BrandRock Events, on the board of a prominent real estate company and the recipient of Donald Trump’s Miss Universe Lifetime Recognition Award in 1998.

She currently resides in Florida with her husband, well-known sports presenter, Gary Bailey, and is writing a book for women on how to deal with the self-esteem issues related to the beauty industry.

Namibia is justifiably proud of this dynamic woman who embodies the phrase ‘not just a pretty face’.