On the Road with Dan Craven 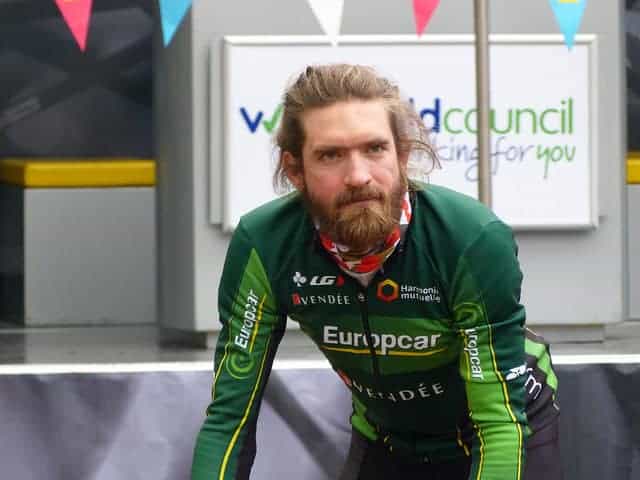 Dan Craven, otherwise known as ‘Dan from Nam‘, is the latest enigma to come rolling onto the professional cycling circuit.

With his long locks and hipster beard, he is one of the most recognised faces on the road, but what he lacks in aerodynamics is more than made up for by his upbeat attitude, perseverance and pure determination.

As the grandson of rugby legend Danie ‘Doc’ Craven, this Namibian athlete was encouraged to take part in rugby as a youngster, but despite his genetic head start, never established an interest in the game. However, he did develop a fascination for cycling at a young age after watching a triathlon at the age of seven. With little exposure to bicycles, apart from competing in a few triathlons here and there in his mid teens, Dan only started cycling seriously after university.

He was born on 1 February 1983 and raised in Otjiwarongo, 250km from Namibia’s capital, Windhoek.  Dan attended Stellenbosch University in South Africa, where he graduated with a degree in politics, economics and philosophy at the end of 2004 and shortly thereafter, moved to Switzerland to further his cycling ambitions.

Since then he has been pedalling his way steadily up the ranks of competitive cycling and is currently ranked 23rd in Africa, and 1st in Namibia. Some of his accolades include:

As the newest addition to Team Europcar, Dan joins the likes of Yukiya Arashiro from Japan and Canadian Antoine Duchesne to embody the team’s philosophy of embracing talented riders from countries where cycling is not a major sport.  Team manager, Jean-René Bernaudeau, has the following to say about his decision to include Dan in the squad, “I liked Dan straight away. I imagined him in my team, because he’s a unique individual who is going to bring us a great deal with his experience and attitude.”

Despite several setbacks including crashing out at the London Olympics, a stroke of bad luck in his latest Olympic qualifying event, and being afflicted by a serious viral condition which severely hampered his progress, Dan has not given up his hopes of holding the Namibian flag high at the 2016 Rio Olympics, like his countryman, Frankie Fredericks.

His philosophy – “I am not a super talent, so it has taken me a while to get where I am… and I realised several years ago that, cycling is so hard that I would have stopped long ago if I wasn’t just utterly passionate.”