People of Namibia – The Caprivi People and Culture 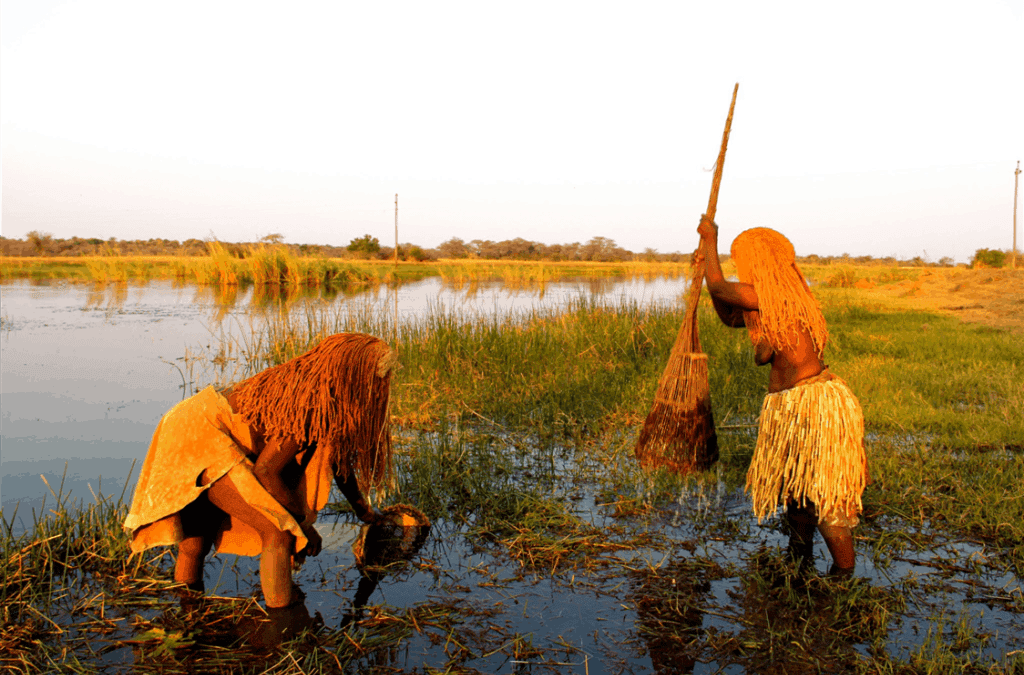 The people who live in the Caprivi, also known as the Caprivi strip, still live a life in harmony with the soil, the animals they hunt and the fish they catch. Caprivi borders Botswana, Angola and Zambia making the region fairly important geographically and politically.

The Caprivi is surrounded by four perennial rivers; this density of water offers beautiful riverine forests, wetlands that boast over 600 species of bird and an incredible array of plants, trees and flowers that will keep botanists and nature lovers happy for days.

As fitting with Namibian government policies the inhabitants of Caprivi manage and benefit from the eco-tourism to their area, running community conservancies for tourists.  A particular draw card of Caprivi is that this is home to the nearly endangered African Wild Dog.

While there are a number of different groups of people living in Caprivi the two largest are the Masubia and the Mafwe people. The Masubia are patrilineal, which means that their kinship or ethnic identity is dependent on their father.  The Mafwe people are on the other hand matrilineal, so if your mother is Mafwe, you are Mafwe.  Other groups in the Caprivi include the Mayeyi, Matotela and the Mashi people. Subsistence farming, hunting and fishing are still the way of life.  Most villages are along the river banks of the Zambezi and common crops grown are maize, millet, sweet potatoes, groundnuts, pumpkins and melons.

Caprivi is made up of villages, of which each village has a headman; a senior headman will represent a number of villages who will represent to the Kuta, which is the legislative, administrative and judicial body of the region. Caprivi, when compared to other areas in Namibia, is relatively densely populated.

Where tourism is concerned a visit to Caprivi is still a little off the beaten track – but this does not mean that visitors to the region will be unable to find luxury accommodation in the form of camps and lodges. The Caprivi also has an interesting history to offer tourists with the area being of military importance to Apartheid South Africa. Today the people living in the area offer a warm welcome to guests and the safaris in this region are a treat for the foreign tourist.