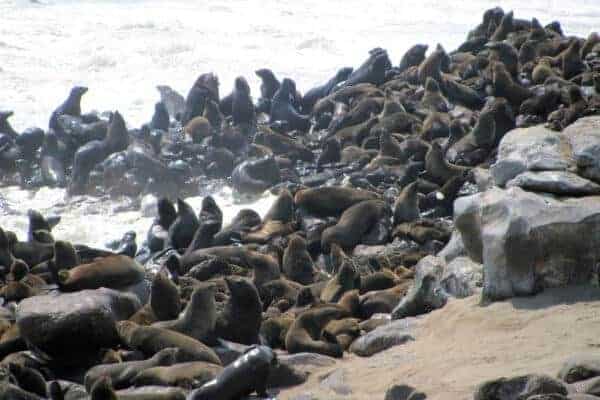 You’d be hard pressed to find, anywhere else on earth, a place that evokes such contrasting feelings of awe, peace and foreboding all at once. Nothing can prepare you for the stark beauty that is The Skeleton Coast.

This gash of earth was aptly named “the place God made in anger” by the nomadic San people who once traversed the harsh expanses of south-western Africa.

The seemingly endless sea of dunes is wedged up against the icy Atlantic for 500km and gives one the distinct impression that it is master here.

Where other, gentler coastlines are shaped by the perennial lapping of the sea, Skeleton Coast tells of a more dramatic event, as if the ancient Namib had crashed, with one great lunge, into the bothersome waves putting an end to their relentless onslaught.

It is a magnificent juxtaposition of icy sea and sweltering desert that churns up dense fogs which races across the gigantic dunes and is often the only source of life giving water for the remarkably adapted life forms that inhabit the desert, sprawled hundreds of kilometres inland.

Despite its aridity, it is not without diversity. The Cape Fur seal colonies are to be found here, nestled in the forgotten wrecks of countless ships, casualties of the seas petulant rage against its dominator.

Large mammals seem the most unlikely inhabitant of such hostile, sparse terrain, but often a lone Oryx can be spotted on the horizon, and groups of desert elephant criss-crossing the rolling plains in search of sustenance.

Beyond the canyons deeper inland, black rhino, giraffe, and springbok, gemsbok among others gather at drying beds where rivers have run aground against the Namib’s eastern flank.

Fly-in tours to the park are the only way of seeing the region as a result of efforts to preserve the terrain, so it is essential you make arrangements early.

Skeleton Coast National Park is a place of incomparable beauty, despite the daunting imaginings conjured up on first sight of it. It is also the quintessential Namibian safari destination the experience of which will remain with you forever.