The low-down on Etosha National Park – Part One: A Long Walk of its own 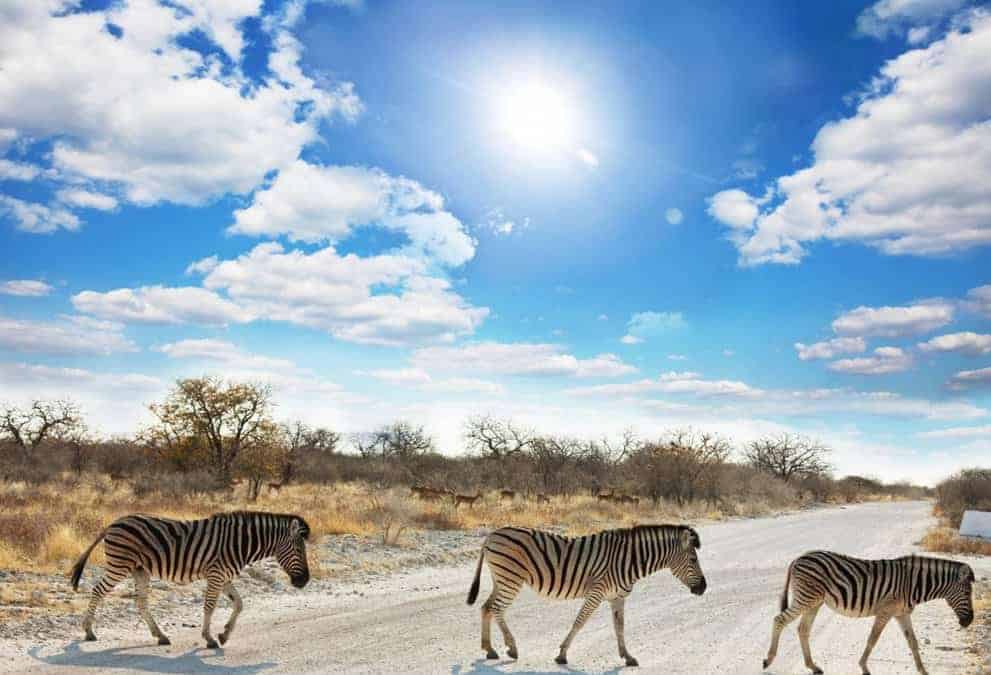 Being the conservation capital of the world, it is not surprising that Namibia is able to offer some of the best safari experiences in the whole of Africa. Etosha National Park is one of these.  Secluded in the Kunene region of North Western Namibia, Etosha has been providing enthusiasts with wildlife experiences to remember since 1955 when the first day visitors were admitted.

The path to greatness hasn’t been an easy one for Etosha.  From its peaceful beginnings as the habitat of the Hai||om Bushmen and their uncomplicated ways, the area has experienced much upheaval and conflict before settling into the well-run rhythm that you will find there today.

Since 1851 when the Europeans, in the form of Charles Andersson and Francis Galton, first set their eyes on this glimmering salt pan and its vast wildlife heritage, it has been ‘game on’ for control and domination of the area.

The first conflicts came with the Hai||om who were not delighted with the advent of a trade route through their peaceful lands.  As a result they were driven from the area, but continued to raise havoc from time to time, eventually driving the South African Dorsland trekkers from the land in 1885.  Malaria, marauding lions and the rinderpest also had a hand in this.

Namibia came under German control in 1886 and being the orderly folk that they are, matters concerning Etosha were brought swiftly under control with the establishment of Fort Namutoni and the arrival of the German cavalry.  That is until the Ovambos got in on the action during 1904, wiping out the post.  Another garrison was set up at Okaukuejo and order was restored

By 1907, the plight of the wild animals during all this fighting, hunting, trading and farming suddenly came to the governments attention, and the 80 000 square kilometres around Etosha Pan were declared a national park.

That wasn’t the end of it though, the border wars between South Africa, Namibia and Angola, combined with a lengthy drought, took their toll on the park’s resources.  In amongst all this, the boundaries of Etosha National Park underwent several revisions until 1973, when the 850 km circumference fence of today was finally erected.

Since 2004 the Hai||om have been recognised as the rightful inhabitants of Etosha and have been allocated land for resettlement adjacent to the reserve.

Somehow, Etosha has managed to pull up from this seemingly downward spiral and has evolved into a bastion of wildlife and wildlife tourism which has achieved astonishing success. The park has been instrumental in increasing numbers of black rhino in Namibia and reintroducing these animals to other parks throughout Africa. It is a haven for other threatened species too, and a vital breeding ground for flamingos.

Perhaps it is the very nature of Etosha itself which accounts for its survival, the never-ending cycle of lean times and abundance, drought and rain – the same things which make this such a unique and fascinating place.

Etosha National Park is a utopia for nature-lovers, birdwatchers, safari-enthusiasts and photographers alike, watch this space for more on this inimitable destination, or better still, book your visit now.